Eating food is easy, but the path from seed to stomach has become ever more complex and complicated. As consumers demand ever more quality, safety, flavors and package sizes at ever-lower prices, food producers, retail stores, and restaurants owners (have to) use ever-new processes, food science, and biotech ingredients to fill demand. What fell by the wayside is a solid understanding of what’s in a food product and how it affects health and well-being.

This is about to change.

European and US regulators have enacted new labeling and food safety laws that come in effect in 2015 and 2016, all designed to provide more transparency around ingredients, origins and caloric values. As food establishments have an obligation to make expensive label changes, consumers will be asked to take the time, get informed and make the right nutritional choices for themselves.

As of 2015, EU food producers, retailers and restaurants have to design product labels with new specifications:mandatory nutritional information have to be easily read (larger typefont); ingredients that can cause allergies have to be highlighted;

The Dispute about Genetically Modified Organisms (GMO) in the USA 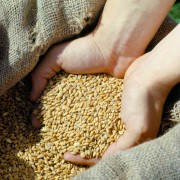 The labeling of genetically modified ingredient is mandatory in the state of Vermont since 2014 and supposedly will have to be adhered to as of July 2016. The “Right to Know” Movement is growing stronger, even in face of well-financed opposition by food agricultural industry associations. Mandatory GMO labeling was – almost- approved in the states of Oregon, Washington and California. A federal bill  – The “Safe and Accurate Food Labeling Act of 2014” – is pending in the House of Representatives, which advocates the voluntary GMO labeling.

What makes labeling of GMO’s in consumer foods sold in the US so difficult: very few, if any, foods actually contain GMOs. 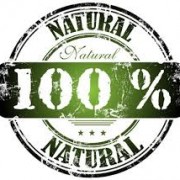 Many well-known, large food retailers and food processors faced legal battles over certain claims on their food products in recent years, among them

While some law suits were dismissed as frivolous, most food companies and retailers settled out of court to avoid lengthy legal battles and a damage to the brand reputation. It is likely that food companies will be  more cautious using “health” claims in coming years and resort to other ways to compete and differentiate new products in the crowded  marketplace.

Product Sales with “Better for You Labels” are on the decline

The Specialty Food Association News (February 2, 2015) reports that consumers are purchasing fewer products that feature one or more of the predominant 12 “better-for-you-food” BFY labels, including low-sugar, caffeine-free, low-carb, and reduced sodium. Since 2008, products sales declined 27 percent since 2008 in the US, according to the research fim NPD Group in its 29th annual “Eating Patterns in America” report. Last year saw the lowest support for BFY products among consumers since 2004.

Analyst Harry Balzer is quoted that “consumers have gone through a few phases of food consumption, and today the focus is on foods that are unaltered or minimally processed. “Have we altered the food supply so much to make it better for us, that there is now a backlash against those products?” he suggests. “I think we’re looking for foods and beverages to be as they were meant to be.”