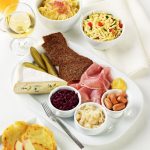 It took five years from the president’s signature to the publication of the first Food Safety Modernization Act (FSMA) final rule in September 2015.

In the following, we’ve summarized the most significant aspects of the FSMA rules, the Food Safety Plan and how they may impact producers, exporters and the import community (click on links to read more):

The Eight Segments of FSMA

The rules for Preventive Controls for Human and Animal Foods are final and must be implemented as follows:

The 5 steps for Preventive Controls:

FSMA Preventive Control rules are essentially about risk based Current Good Manufacturing Practices (CGMP) Most established and experienced food manufacturers around the world will already employ CGMP in some form or another, especially if they are certified by standards under the Global Food Safety Initiative. Risk-based preventive controls include:

Importers will be obliged to verify the food safety of their export partners on an annual basis and keep records of their verification. Specifically, importers have to

– Determine known or reasonably foreseeable hazards with each food

– Evaluate the risk posed by a food, based on the hazard analysis, and the foreign supplier’s performance

This (not yet final) rule is all about enlisting non-governmental organizations, foreign governments, accreditation agencies and audit/certification bodies to control food safety in lieu of the FDA. The agency already has to few inspectors and limited budgets. The question is: who will be an accredited third party and what will that cost the accredited organization.

For example, most consumer packaged food and beverage companies are subject to retailer audits according to four major standards or schemes:

The accreditation of the private standards holders and their audit/certification bodies may fulfill the FSMA requirements for the audited firm and importer, which will greatly lower the risk for the imported or distributed foods.

However, the current draft rules suggest that a third party may have to pay in $16,000 per year for the accreditation and have to submit the audits to the FDA based on request. Many foreign governments and private organizations view these requirements as potential trade barriers and sticking points for compliance – issues that will likely be resolved before the final rules come out.