Taking place this week in Berlin is re:publica 17, one of the world’s largest conferences about digital culture. This year is particularly important for re:publica, as it is the 10th anniversary of the convention’s founding. Re:publica attempts to unite global experts on technological and digital affairs with those who wish to learn and expand their field of knowledge. This year’s convention has over 8,000 participants and 770 international speakers, including Joanne Pransky, “The World’s First Robotics Psychiatrist.”

The Robotics Doctor is In

Joanne Pransky is one of the keynote speakers at this year’s convention in Berlin. She is a robotics expert who specializes in studying medical robotics and the effects of robotics on a post-modern society. Joanne has been working in robotics since the early 80s and is very passionate about robot-human relations. She also researches how to ethically utilize robots and what, if any, emotional capabilities artificial intelligence may possess. Her speech this year will focus on how to implement robots into society, and what effects that may have. Additionally, she is going to explore the functional capabilities of robots in society and what this will mean for the future in a world shared by robots and humans. 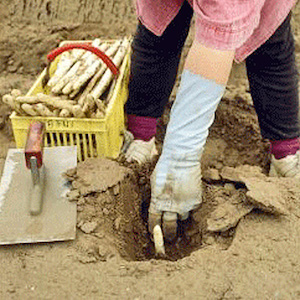 As we prepare to enter an age filled with robots, there is a lot of excitement about what robots can do to help humans in the future. However, Deepfield Robotics, a German tech company housed under Bosch, just developed a fully-functional robot to aid in agriculture. This amazing robot, called BoniRob, is able to use smart-sensor technology in order to scan and determine what is a weed and what is not. This robot, which is the size of a small car, can operate independently for up to 24 hours. It eliminates the need for any herbicide, as well as scores of hours spent on hands and knees clearing a large field of weeds. However, it is no less precise due to its size. The BoniRob uses a rod to ram weeds into the ground, and it can precisely hit a target that is as small as 1 cm every time. This has some major implications for farmers, as it means they can afford to have larger farms for lower long-term costs. Ideally this means that over time, food prices should go down and access to hard-to-grow crops such as white asparagus should increase.

Bosch is also currently finalizing development of one of their latest agricultural technologies that monitors white asparagus growing conditions. As written about here, white asparagus differs from its green cousin in that it grows entirely underground. However, the crop requires some very specific growing conditions, including a temperature of between exactly 64 and 72 degrees. Farmers must effectively estimate the temperatures, which is incredibly difficult to do by hand. Bosch’s new technology, called the IoT Suite, is allowing farmers to use their smartphones to make this task much easier. Their solution consists of planting robotic sensors in the field at various points throughout the asparagus field. These sensors then send data directly to the farmer’s smartphone, allowing them to determine what the growing conditions are like and react accordingly.