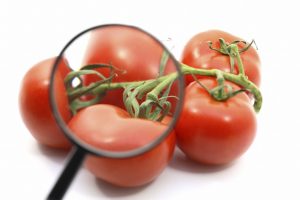 Since the early 1990s, genetically modified organisms (GMO) have been part of the American diet.  GMO corn, soybeans or canola are used in many forms as ingredients in a majority of food staples, from snack bars, to cereals, to ready to eat meals. But now, resistance to GMOs seems to be growing. From retail executives like Whole Foods Co-CEO John Mackey (picture) to Representatives in the US Congress, to consumer and environmental advocates in many US states,  calls for laws mandating the  declaration of GMOs on food labels become louder.

Of course, the agricultural community and food producers would like to avoid the added costs and  fear that consumers will ultimately reject GMO foods. Moreover, there are many prominent advocates in favor of the technology, such as Bill Gates who stated that crops resistant to herbicides and pesticides will alleviate world hunger. It is unclear at this time, whether GMO labeling initiatives will prevail in the US, but, in any case, it’s a trend worth watching.

The practice of splicing different genes into plants and vegetables to make them resistant to herbicides and pesticides started in California with tomatoes (remember the Flavr Savr)?.  By the mid nineties, the use of genetic modification was common for corn and soybeans, which are base ingredients for cattle feed as well as human food. It is safe to say that today, over 90% of all food consumed in the US and Canada contains GMO ingredients. Other GMO crops include cotton, canola, alfalfa and papayas and, in a few years, we’ll have GMO rice, potatoes, wheat and even salmon (the application to legalize genetically modified salmon is currently under review by the FDA).

While there is no scientific evidence that GMO foods have any negative effects on health and well-being, it is not a secret that European farmers, consumers, and EU Commission have rejected the use of GMOs in agriculture from the start. In fact, over 60 countries around the world require GMO labeling.

Until recently, consumers in the US and Canada were either indifferent towards GMOs in their food or not at all interested in this topic. That seems to have changed over the past year.  Now, one news article after another reports on initiatives to legislate mandatory declaration of GMOs in food.  In California, voter blocks put up Prop 37 for election, which would have mandated the labeling of GMO ingredients in that state.  The measure was narrowly defeated, but may come up again with slightly different wording at the next election cycle.  Meanwhile, in Washington State, Initiative I-522 tries mandate GMO labeling in that state. A hearing was scheduled at the State Legislature on February 14, 2013. Similar initiatives are on the way in Iowa and New Jersey.

Nationally, over 90% of consumers seem to favor GMO labeleing, according to polls by Thompson Reuter in 2010 and the Mellmann Group. A petition by www.justlabelit.org for a federal labeling law garnered 1.5 million signatures and US Congressmen Peter de Fazio (D-OR) and Jared Polis (D-CO) will soon introduce a  respective federal bill.

Some major retailers and manufacturers have already moved in this direction. At a conference in February 2013 in Washington DC, John Mackey, Co-Founder and Co-CEO of Whole Foods announced a that within 2 years all products sold at Whole Foods will either be GMO-free or labeled, repsectiviely. The store chain already works with suppliers to move towards non-GMO ingredients and the 300 store chain sells currenlty 3,300 products from 250 brands certified by the “Non-GMO Project.” Ice cream maker Ben & Jerry’s announced a complete phase-out of any GMO ingredients to their ice creams by the end of 2013.

Finally, the US Supreme Court will soon decide a case of one farmer against the agricultural industry giant Monsanto. The court needs to decide, whether GMO seeds that were designated and sold as cattle feed loose their GMO patent protection. If yes, farmers could use these seeds planting crops again without paying a license fee to Monsanto.  Intellectual property lawyers and companies who spend billions in research and development will watch this case very closely.

It remains to be seen, whether the GMO labeling initiatives will gather enough public support to become federal law. So far, GMO seed producers like Monsanto, Cargill, Bayer or Bunge and the pro GMO lobby prevailed in California and the national fight has just begun.